PKMBuy - How Trainers Get Shines in Pokémon Scarlet and Violet

What is a Shiny Pokémon? The "shiny" Pokémon won't sparkle like a diamond ring, but instead come in a rare colorway. The starter Fire-type Pokémon, Fuecoco, is usually a tubular red dinosaur, but its shiny version is a tubular toffee pink dinosaur. Yep, that's the only difference between a normal Pokémon and a Shiny Pokémon, the color. That's not much, but it's an honest difference. Many Shiny Hunters are willing to work for this. 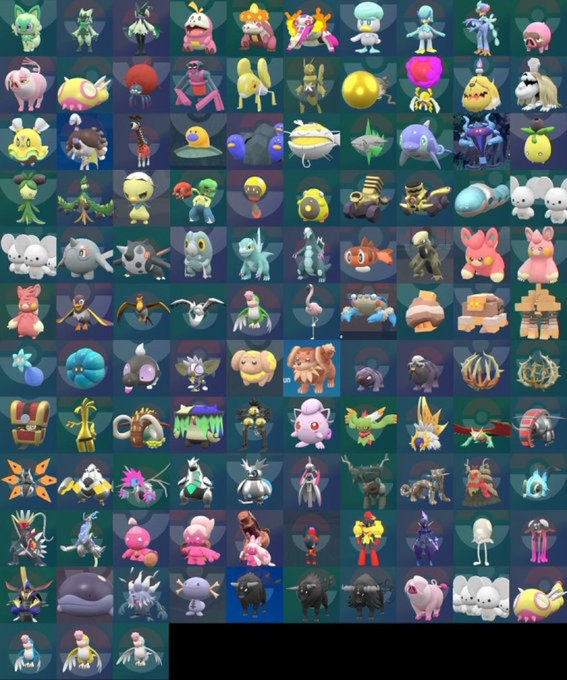 Collecting shinies mostly comes down to having this kind of unassuming patience and lucky touches. If you're looking to get some shinies of your own in Scarlet and Violet. Scarlet and Violet shinies reportedly have a familiar base ratio of 1 in 4,096.

But I can breed Pokémon Scarlet and Violet shiny with Masuda's method, right?
Correct - using the Masuda method, i.e. breeding two Pokémon from two foreign copies of the game, your base ratio increases to one in 683. You can also introduce a Shiny Charm into the mix, an item that increases the chance of Shiny, so the ratio gets even better, 1 in 512.

The Masuda Method (named after its creator, Junichi Masuda) refers to the idea that breeding Pokémon from different nationalities increases their chances of producing shiny offspring. For example, if you get a Pikachu from the French and breed it with a Pikachu you caught in the US, the chances of the Egg shining will increase.

Since Ditto can mate with the most Pokémon of any other creature, if you want to mate for Shinies, you'd better catch one as soon as possible. Even better, try trading ditto with someone from another country and you'll be all set.

Read More: Where to catch Ditto in Pokémon Scarlet and Violet?

Do you mean... a sandwich?
Scarlet and Violet retain the cooking mechanics from Generation III, Generation IV, and Pokémon Sword and Shield. Just schedule a picnic and start your 10-minute window to make some kind of sandwich which, when eaten, should help you get certain types of Shiny Pokémon in the wild (sandwiches don't work with Tera Raids or eggs, Sibuna_Switch says). For example, a batch of cherry tomatoes combined with two plants of salty herbs should help you find shiny bug types.

One of the greatest joys of any Pokémon game is meeting a creature in the wild that is a different color than usual. These so-called Shiny Pokémon don't add stats, but are fun to show off and work hard at collecting them. Fortunately, with Scarlet and Violet, there are more ways than ever to get Shinies. We'll discuss how to increase your chances of shining through sandwiches, breeding, shining charms, and more.

In Pokémon Scarlet and Violet, your base chance of encountering a Shiny Pokémon is 1 in 4096. Luckily, there are ways to increase your Shiny chances, like capturing or defeating a certain number of Pokémon in Massive Outbursts (MO), or by gaining Shiny charms. As far as we know so far, you can increase your chances all the way to 1/512.44. Here's a quick breakdown of how the different factors increase shine in the wild. We'll drill down further on this page for more details.

Unfortunately, the Partner Pokémon you choose at the start of the game cannot be Shiny, so don't waste time restarting the game over and over again. However, you can eventually breed your launcher and hopefully get a shiny version that way.

The Shiny Talisman permanently increases your chance of encountering Shiny from 1/5096 to 1/1365.67 once you acquire it. There are a few other things you can do to further increase the sparkle rate, but this is a huge start. To get it, you need to complete the Pokédex by catching all Scarlet and Violet Pokémon. Then go talk to Jacq and he will give you the shiny charm.

Scarlet and Violet autosave by default, but luckily you can go into the settings and turn it off. That way, if you run into a shiny Pokémon, you can manually save it and then go into battle. If something goes wrong, like you accidentally beat it, then you can reload your last save and Shiny will still be there.

Mass Outbreaks were introduced in Legends: Arceus, and describe a limited-time event in which many Pokémon of the same kind spawn in a small area of ​​the map. With so many spawns at one time, your chances of finding a Shiny Pokémon among them are greatly increased.

If you're in the midst of a Mass Outbreak and don't see any Shiny, then start using auto-battle to defeat the Pokémon around you to allow new spawns to appear quickly. If you're lucky, at least one of the new spawns is Shiny. Thankfully, Scarlet and Violet are designed in such a way that your Pokémon cannot auto-battle a Shiny Pokémon, so if a member of your party refuses to auto-battle a Pokémon, it's probably Shiny.

To find Mass Outbreaks, just open your map and look for the question mark symbol on the map. Head over to that location to see what mass spawning is all about.

You can go on a Shiny hunt while visiting other people's games in Scarlet and Violet. However, if Shiny does appear in the Overworld, only one person will be able to capture it. Additionally, Shiny disappears if a person interacts with it but then tries to escape.