​PKMBuy - How to make your Pokemon stronger and faster in Pokemon Legends: Arceus

It's been a while since Pokemon Legends: Arceus was released, but some people are still stuck on late-game content. In particular, a battle near the end. However, there is a very simple trick that will help you beat this fight, and any other fight you're fighting with, without having to fight for levels. Before we start, we must talk about the core of all Pokémon games, which is math. 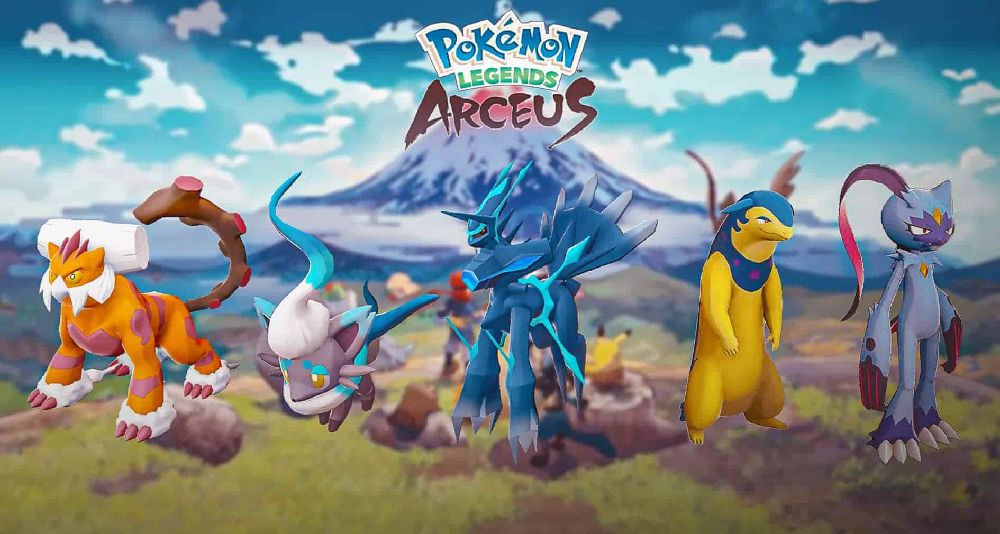 What are Pokémon IV and EV?

In the mainline Pokémon games, the power of a Pokémon is determined by two secret stats. The first is the IV of Pokémon. These are values assigned to Pokémon when they are hatched or encountered, and cannot be changed. If you've ever noticed that some wild Pokémon are stronger than others, even if they're at the same level, this hidden value is the reason.

Each statistic can range from 0 to 31, providing a large difference in intensity between each "mon". EVs are similar, but they're more like bonus points you give your Pokémon by deciding who to fight.

If you fight fast Pokémon you get a little speed boost, tank Pokémon gives you a defense boost, and so on. Those expensive vitamins you can buy can give you that extra EV. That's how you get a little boost in stats.

To show you what this all means in simple numbers, let's take an example.

If we take Typhlosion, one of Husui's introductory Pokémon, as an example, we can see that it is a special attacker with powerful moves, such as flamethrowers and shadow balls. Imagine our Typhlosion is level 100. Unfortunately, it was born with a zero IV and we never fought another Special Attack Pokémon. Discounted nature - they are completely different beasts - it has an overall special attack stat of 223.

However, if we caught a strong Cyndaquil with 31 IVs and only used it to fight special attackers, that stat would now be 317. That's a 42% boost, which means each flamethrower you use with your chad 'mon will do 42% more damage than your weaker.

How do IV and EV work in Pokémon Legends: Arceus?

IVs and EVs were replaced in Legends: Arceus when they rethought the entire combat system. Don't worry, the new system is not only easier to understand, but easier to control.

In its place are these secret stats, which have been replaced by effort levels.

Some Pokémon already come with some effort levels, but most you have to increase yourself. The difference between no effort level and ten effort levels is not exactly the same in Legends: Arceus as it is in the main game.

READ MORE: What are the Shiny odds of Massive Mass Outbreaks in Pokémon Legends: Arceus?

How do I increase a Pokémon's Effort level in Legends: Arceus?

A Pokémon's Effort level will increase as it gains Fortitude. There are four types of grit: Grit Dust, Grit Gravel, Grit Pebbles and Grit Rocks.

You reach level 10 with effort levels 0 to 3 dust, 4 to 6 gravel, 7 to 9 pebbles, and rocks. These can be given to you in exchange for completing requests, which can be found in rocks in the overworld, which you can use to train your Pretty Muscle Ladies to trade ten smaller grits for one larger grit. The easiest way to gain courage, though, is to release Pokémon from your ranch back into the wild.

Every time a Pokémon leaves, they reward you with a small amount of grit to show your kindness, the stronger the pokémon, the bigger the grit. Pokémon level 1 to 19 will give you some grit, level 20 to 49 will give you gravel, level 50 and above will give you a pebble, and if you release an alpha, you will get a stone.

You can use the discount code "pkmbuy" to buy Pokémon for 20% off!