A brand new Pokémon, Grafaiai, is coming to Pokémon Scarlet and Pokémon Violet. The reveal is part of a week-long teaser for the new Pokémon, which uses colored secretions influenced by the berries it eats to paint trees.

Grafaiai, known as the Toxic Monkey Pokémon, appears to be based on the real-world aye-aye, a species of fingered lemur native to Madagascar. Like aye-aye, Grafaiai has creepy bug eyes and a long, misshapen finger on each hand. However, it's somehow endearing. 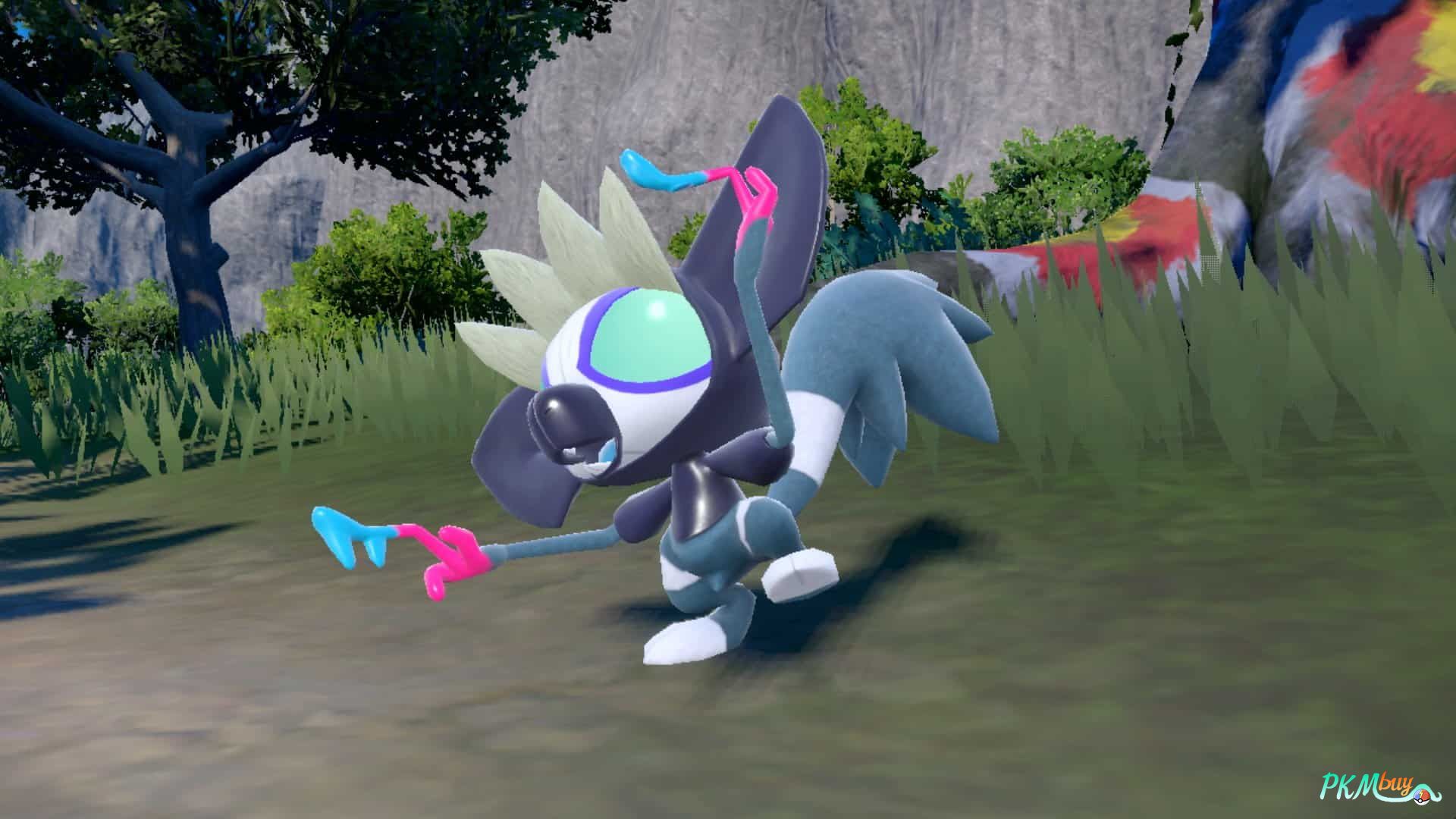 The Pokémon Company describes Grafaiai as "very territorial" and a "moody, picky Pokémon". It has poisonous saliva and uses it to attack enemies, spit at them, or cover and slash at them with its claws. Its abilities are Uninstall and Poison Touch.

This strange appearance is nothing more than to convey that Grafaaii is a finger painting artist who likes to doodle. It is a poison/normal type that uses its poisonous saliva to attack its enemies. This organic paint smells great and attracts Bug Pokemon to the designs it paints. Unsuspecting prey is instantly paralyzed when it comes into contact with the paint, but it's not known if that means the knack for creating the paralyzed state. Grafaiai can have the ability of Unburden or Poison Touch, and it is unknown if it has any evolution.

Grafaiai also tells a ton of surprising environmental stories. They're moody, nocturnal, and solitary, somewhat fitting into the stereotype of graffiti artists honing their craft late at night. The Grafaiai paintings are designed to actually exist in the Paldea area, so players may know where to find Grafaaii at night. If Grafaiai's description is any indication, there may be a Bug Pokemon nearby. This integration between environmental assets and wild Pokemon have been rare in the series so far, with modern games depicting Pokemon as simply moving around the environment. Hopefully, this extra detail is a sign of what's to come in future Pokemon games.

Smeargle is very similar to Grafaiai, I don't know if there will be any connection later. However, Pokémon Scarlet and Violet will be released on November 18th, and more information will be learned soon.

You can check out the Pokemon Guide on PKMBuy's news page. And buy Gen VIII Pokemon or Pokemon Held Items. then PKMBuy will provide Pokémon Scarlet and Violet related sales services. You can Buy Arceus Pokemon now!