How to Beat Eri in Pokemon Scarlet & Violet?

Pokemon Scarlet and Violet finally introduce us to Generation 9 Pokemon. In Gen 9, it also introduced the new Paldea area and three brand-new starters. But unlike the previous Pokemon, this time we have to perform some different tasks. Beating the team star is one of them.

There are several leading figures in Team Wars. Each leader has a different theme. Eri is the fighting type of leader of a team star. It can also be considered the second main quest of the game. Eri is not an easy coach to fight. However, with the right team and skill level, you should have no trouble beating her. So this is how you beat Eri in Pokemon Scarlet and Violet. 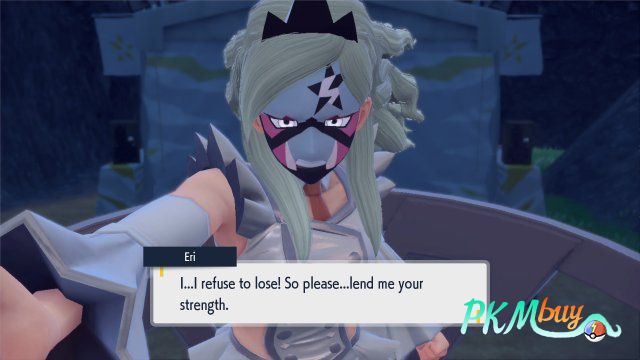 How to Beat Eri in Pokemon Scarlet and Violet
Eri is the leader of the fighting department in Pokemon Scarlet & Violet. She is a late-game leader. All her Pokémon are level 55-56. So you'll need to match or be close to level before going into a Pokemon battle with her. So be sure to work hard and do other activities until all Pokémon in your party reaches level 55.

Before you can fight Eri, you must clear the base. This section is the same for all team star bases. You need to fight the guards at the gate of the base. After defeating them, you'll be granted access to the base. After entering the base, you need to use the quick battle function to defeat 30 different Pokémon within a limited time. Then you can take on Eri.

Eri of team star uses the following Pokémon in battle:

Toxicroak (Poison/Fighting) – Level 55
Lucario (Fighting/Steel) – Level 55
Passimian (Fighting) – Level 55
Annihilape (Fighting/Ghost) – Level 55
Revavroom the Starmobile (Fighting) – Level 56
As we've seen, all the Pokémon she uses are fighting-type Pokémon. So having psychic and flying types is very valuable for combat. The best defenses against all of these Pokémon are Gardevoir, Azumarill, and Corvknight. If you have them on your team, or you want to put together a team to defeat Eri, now is the time to use them. Other Pokémon suitable for this battle are Gallade, Gyarados, and Skeledirge.

If you choose the fire-type starter, you will have a high-level Skeledirge in your team. But if you haven't picked up the fire-type starter, you can replace them with more effective Pokemon for battle. With the right team and level, this battle can be your little hurdle in becoming the best Pokemon trainer in the world of Pokémon Scarlet and Violet.

If you're interested in learning more about Pokémon Scarlet and Violet, check out our other guides on Pokemon, along with all potions, all special evolution conditions, secret gift codes, all held items, and more. Of course, you can also buy Pokemon SV shiny and held items on pkmbuy.