​What's new in Pokémon Legends Arceus different from other versions?

Pokémon Legends: Arceus is an upcoming 2022 action role-playing game developed by Game Freak and published by Nintendo and The Pokémon Company for the Nintendo Switch. It is part of the eighth generation of the Pokémon video game series and serves as a prequel to the 2006 Nintendo DS role-playing video games Pokémon Diamond and Pearl or to the 2021 Nintendo Switch role-playing video games Pokémon Brilliant Diamond and Shining Pearl. It is scheduled to be released on January 28, 2022. The game was announced as part of the Pokémon 25th Anniversary event alongside Pokémon Brilliant Diamond and Shining Pearl. 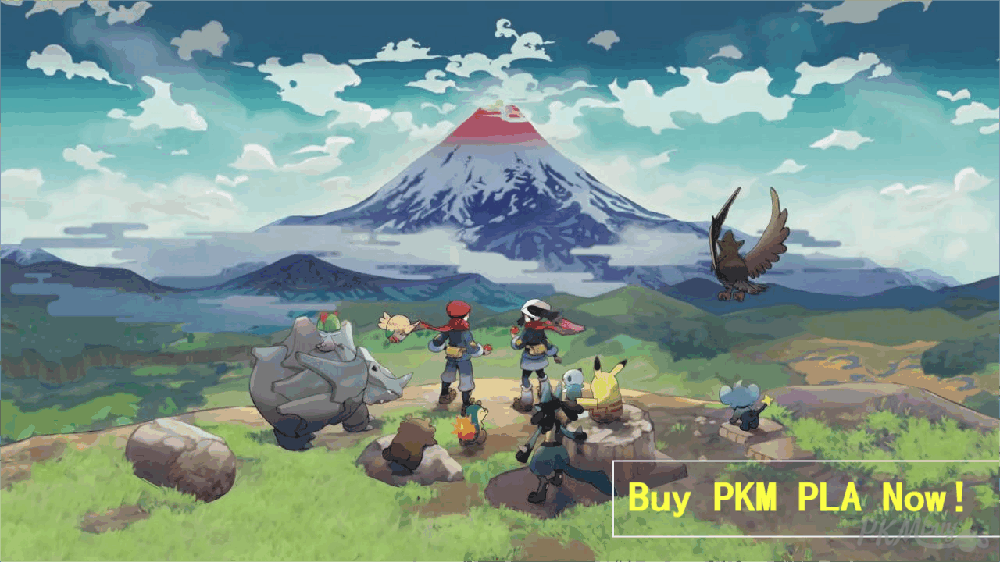 Pokémon Legends: Arceus is an action role-playing game that retains the core gameplay of previous works in the mainline series. The game is set in a past era in the history of the Sinnoh region (it seems to be based on 19th-century Japan), which was then called the Hisui region, long before the Pokémon BDSP and its events. Remake happens. It is said that the goal of the game is to create Hisui's first illustrated book. The mythical Pokémon Arceus will play an important role in the story.

Players can capture Pokémon directly in the overworld immediately without going through a battle and can engage in battle by releasing Pokémon they have previously captured near a wild Pokémon (some wild Pokémon still need to be caught via battle though). Poké Balls in this era were made of wood and puffed steam when the Pokémon was caught. At the start of the game, three starter Pokémon options are available: Rowlet (from Pokémon Sun and Moon), Cyndaquil (from Pokémon Gold and Silver) and Oshawott (from Pokémon Black and White) making it the first main series game to feature starter Pokémon from three different generations of games.

The base camp is located in the main world and can help players in many ways. In addition to being a place where players and their Pokémon can rest, this is also a place where players can report their results to Professor Laventon. Players can make Poke Balls, smoke bombs and other items by collecting Apricots, Berries, etc. For example, if the player collects an Apricorn and a stone called Tumblestone, the player can make a standard poke ball.

Some Pokémon’s eyes are red and bigger than normal. They are called Alpha Pokémon, and they chase the player when they sense their presence. Although they are tough opponents, they can be caught by the player, and whether they are caught or defeated will cause them to drop rare items.

Although there were no trainers to fight in the era of the Hisui area, certain administrators who took care of specific Pokémon could fight players. They have established a strong connection with Pokémon. During the player's adventure, the player will receive an item called the Celestica flute. Use it to summon three special Pokémon, allowing players to ride on land, sea and sky.

In the early stages of the game, players will receive a device called Arc Phone. It will assist the player, and it seems to be related to the Mythical Pokémon Arceus.

Besides that, some Pokémon have a brand new appearance and evolutions in the Hisui region compared to their appearances in other regions. For example, Zorua, previously discovered as a Dark-type Pokémon with black and red fur, is completely different from Hisuian Zorua, which is a Normal/Ghost-type Pokémon with white and red fur. In addition, Growlithe, originally a Fire-type with red and light brown fur, differentiates from its Hisuian form as it is a Fire/Rock-type with darker fur and a grey tail and head.


Tags:
Previous : ​The way to get Shiny Charm in Pokemon Sword and Shield
Next : ​PKMBuy - Exclusive Pokémon for all editions in Pokémon Scarlet & Violet